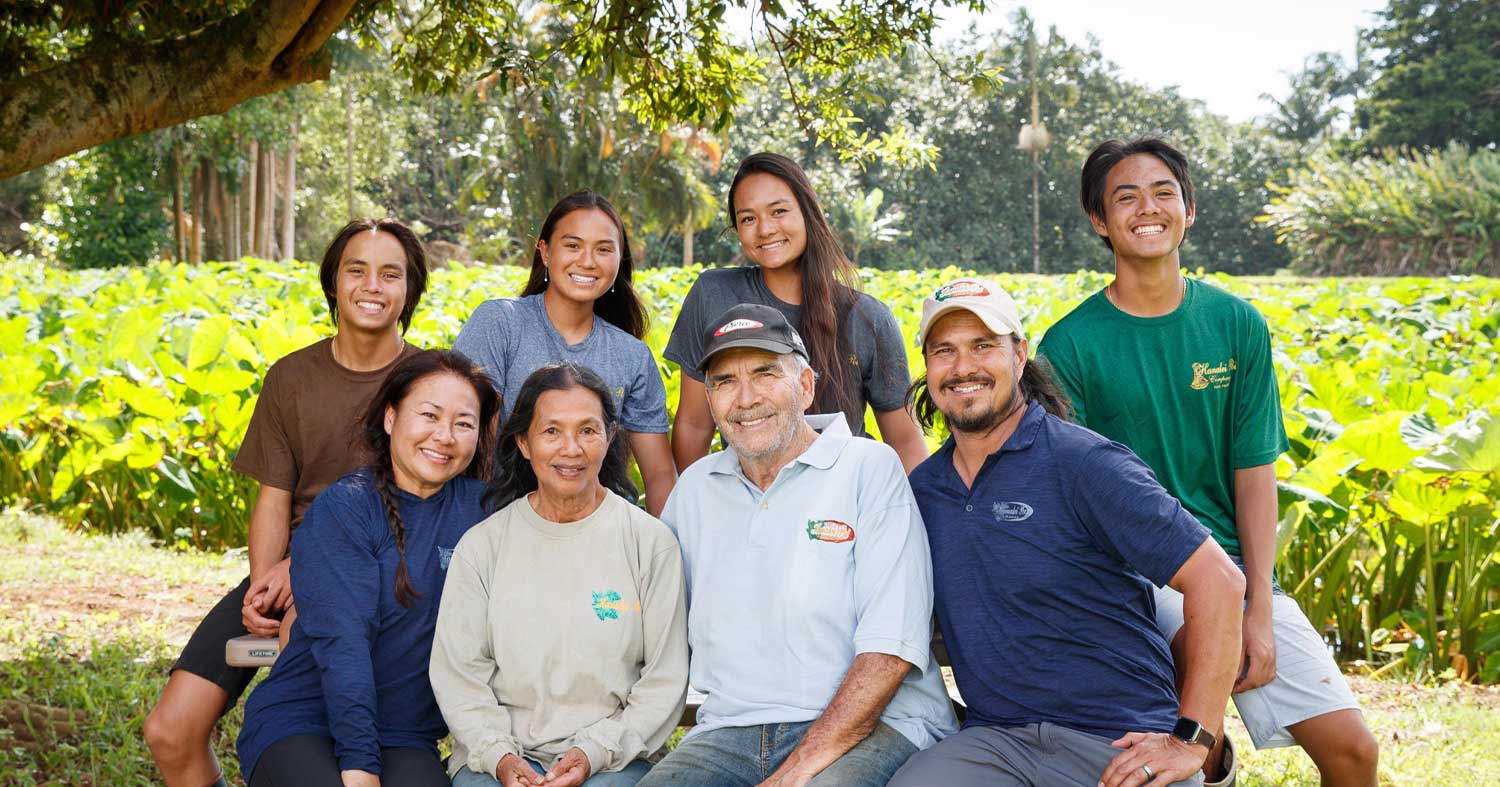 The Story of Hanalei Poi

A simple idea that became a dream…while in college, Michael (Bino) and Michelle Fitzgerald received care packages with fresh homemade poi in it from his mother. They would share it with their friends and coworkers and received many compliments about how they never tasted poi like this before. Encouraged by the feedback, the dream to share fresh delicious poi with others began.

In 1998, with taro farming in his blood and only six acres of planted taro, Bino and Michelle Fitzgerald began expanding the farm and along with other partners, built Hanalei Poi Company in the heart of Hanalei. After walking door to door and selling poi out of the back of their minivan, attending farmers markets with their first-born child on their backs, and slowly building relationships with mom-and-pop shops that were kind enough to give them a chance, the demand for Hanalei Poi grew steadily. In 2005, Bino and Michelle were able to buy out their partners and became sole owners of Hanalei Poi Company continuing their dream of sharing poi with others.

Today, we mill and ship out thousands of pounds of poi each week to customers located throughout Hawaii, the mainland, and even internationally. The desire to share fresh poi with others remains at the forefront of our operations which is made possible by our loyal community taro farmers and our valued customers who have supported us since day one. 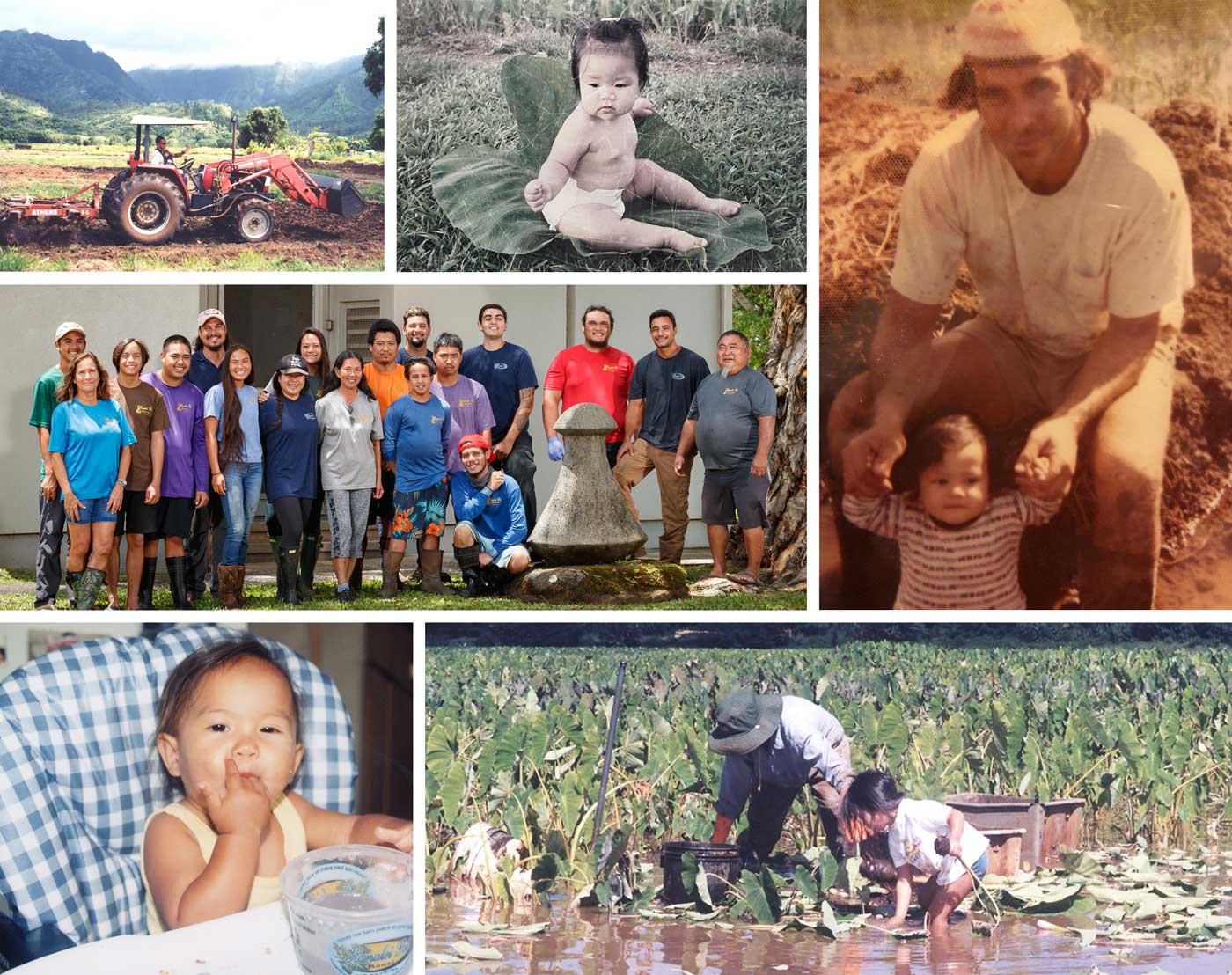 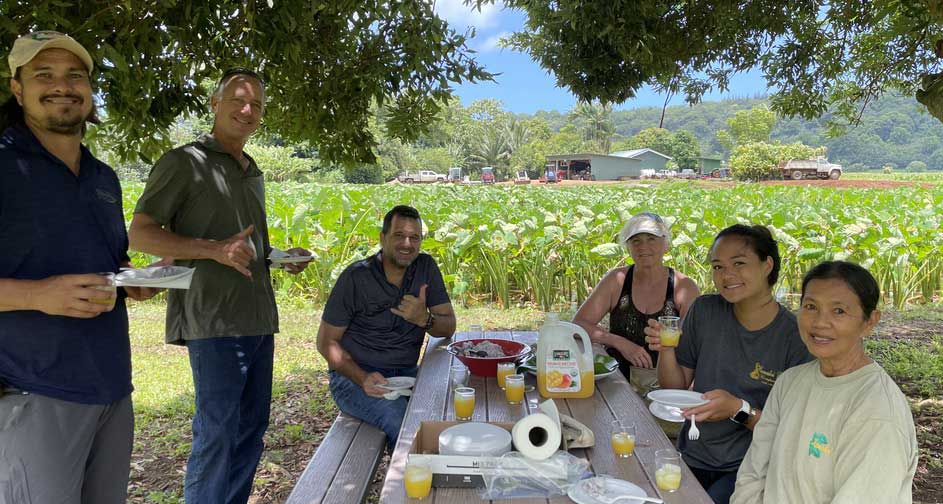 Thanks to Delicious Design for building our website and to 100G Media for the beautiful photography.

Mahalo to U.S. Fish & Wildlife for their continuous support of taro farming in Hanalei Valley.